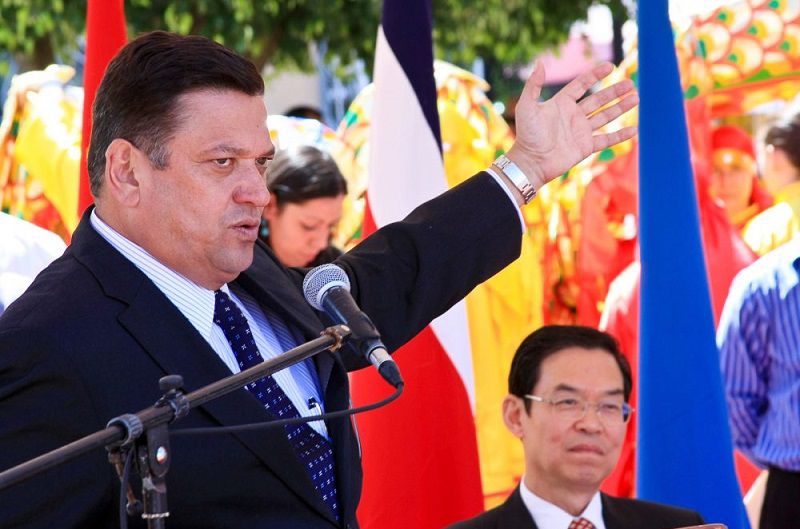 Johnny Araya is one of the most noteworthy politicians of the Republic of Costa Rica. The Political Journey of Johnny Araya has spanned more than three decades. He was the Presidential candidate for the PLN party in the year 2013. Born on April 29, 1957, Araya graduated from the University of Costa Rica in the year 1980. From the year 1982, Araya has been taking an active interest in politics and occupying various positions in state administrations. Araya also happens to be a close relative of Monge who was the President of Costa Rica from the year 1982 up to 1986. Araya has carved a niche for himself in the politics of Costa Rica, occupying prominent positions in local governments.

Araya’s entry into politics began in the year 1982 when he was voted as the councilor of San Jose City. Araya is a well-known name in the politics of Costa Rica and had served several terms as Mayor of San Jose city. In fact, he was Mayor for about 21 years. He was one of the strongest contenders for Presidency being nominated from the PLN party. He had a lot of factors in his favor, and this includes his terms as Mayor as well as the collapse of the PUSC which is a rival of the PLN party.

Why Araya Withdrew From Presidential Elections
Even though he had many advantages, he was standing for a party which had lost its reputation because of Laura Chinchilla, who was the first woman President, had become the least popular as President from the time she was elected in 2010 up to the year 2013. Her notorious reputation due to her incompetent administration as well as increasing problems of weak economic growth, high rates of unemployment and rising in inequalities in the society made it difficult for people to trust the PLN party. Plagued by corruption, Costa Rican was no longer seeing her as a trustworthy politician. Araya finally gave in to his rival Luis Guillermo Solís who was a candidate of the PAC party, and he was elected the President of Costa Rica in the year 2014. Araya knew that the allegations of corruption on the PLN party would not give it a second chance when it came to winning the elections in 2014. In fact, the 2014 election was the first ever win of the PAC party over the PUSC and the PLN party. Araya withdrew as a Presidential candidate from the polling campaign because he knew that though he had several advantages as a person, having been a mayor of San Jose for several years, he was standing for a party (the PLN party) which had lost the trust of the citizens of Costa Rica. This was entirely due to its previous president Laura Chinchilla. Even though the PAC managed to form a ruling coalition even though it won only 13 seats out of 57 seats in the legislative assembly. As far as Araya is concerned, he has been actively involved in politics since the year 1982. He is a name to be reckoned with in Costa Rican politics. While he has occupied several important positions in local governments.

0 comments on “Johnny Araya -Making A Mark In Politics”